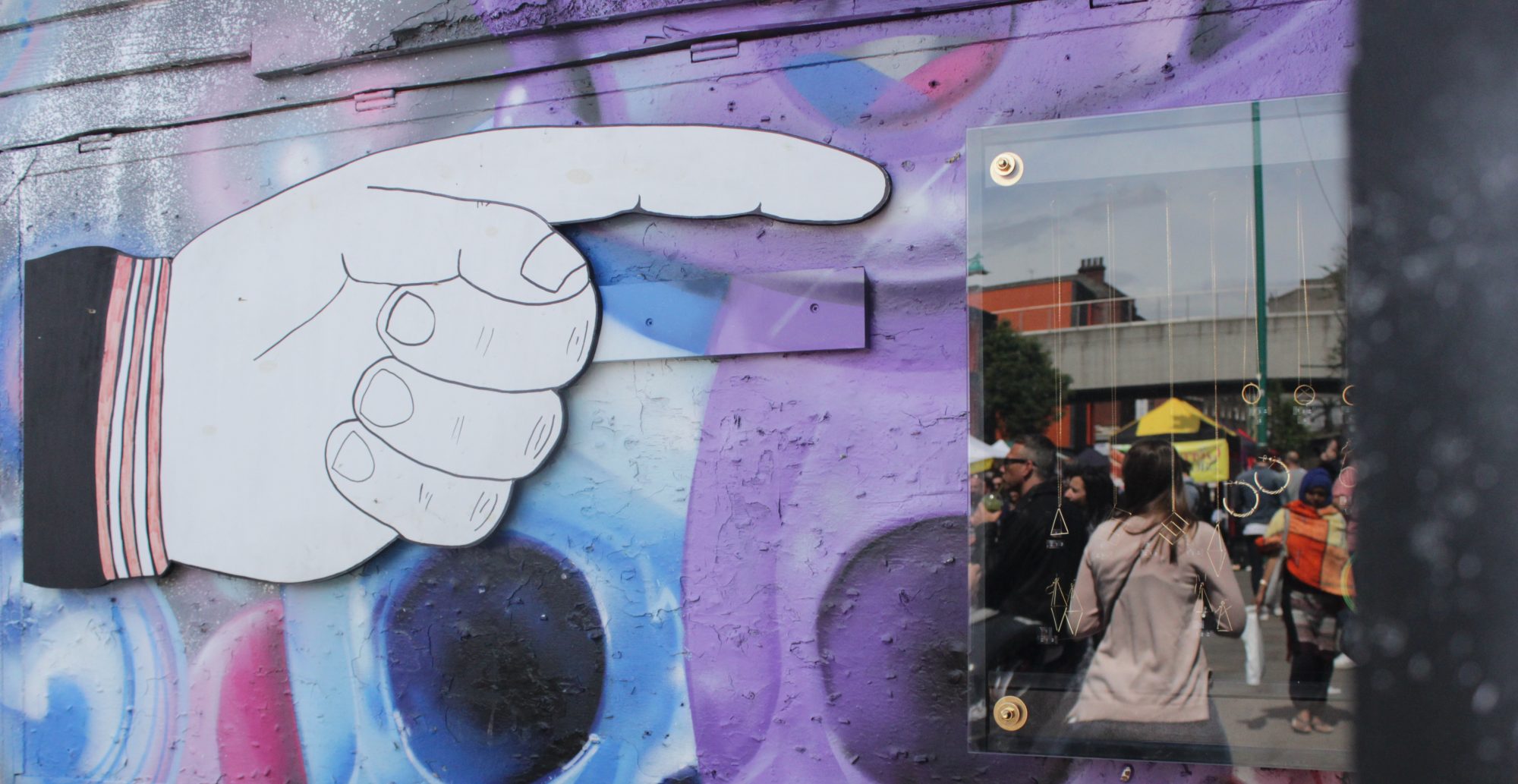 Its been a good week in my parallel life of Lycra! And about time too, its been a long time coming, the training has been progressing, but its been baby steps and frustrating at the best of times. But in the last few weeks I’ve finally started clocking some decent mileage both on the treadmill and out of the road.

This great week also coincided with the weather finally improving (not a coincidence), meaning everyone it out and about and there are so many less excuses to not get laced up and out the door. Plus, it’s lovely to be outside at this time of year. Lighter evenings, magnolia in full splendour all over Notting Hill and spectacular gardens in bloom in Holland Park. And no need for cumbersome layers weighing you down when you run. So I have been swapping a few treadmill sessions for the great wilds of West London, reacquainting myself with some of my old routes from the summer last year.
Its has also happened to coincide with the London Marathon, on the warmest day of the year so far and bolstered by the huge wave of support in the wake of the horrific events at Boston just a week before. Half a million Londoners came to support the 35,000 runners and we were there at Mile 25 cheering for our friend Frani Heyns and everyone else who sped past us. I was hoarse in about 45 minutes. It was fantastic.
It was amazing to see the social element of the sport really coming into play to motivate and support friends and family through the last mile and a bit. Powerful stuff and I admit to getting a bit overwhelmed more than once (*sob*).
The most social I’ve been in my running  has involved a few sessions on the weekend with my mate Emily, which came to an abrupt end when I was injured, and we haven’t yet managed to pick them up again (Em, we need a few Ealing routes soon though!). While I was returning to form I wanted to run on my own, to build up my confidence again, and get to grips with having to go really slowly. I didn’t want to hold anyone else back (or show up my frustration, there were tears and tantrums)
Then, last Monday, I joined up with Run Dem Crew West. I have been following a few of their members on Twitter, having seen a few articles in the running press and a few of them out in force at races, so they’ve been on the periphery of my radar for awhile, but I’ve not had the time (or nerve) to check them out myself. Then, having signed up for We Own The Night, running with Team Pretty Fit led by a RDC member, Sophie Levett and needing to inject a kick into my training, it was another stroke of genius timing and the last push I needed to try something new.
So I turned up at Paddington Rec (far too early, like the eager bod I am..such a nerd) on my own, in my running kit and it  was a more than a little nerve racking. But I got over it. 5.5 miles later I felt like I had met a whole crew of fellow running nutters, happy to talk pace, race,  Lycra, training and getting smash up on endorphins. Cannot wait until next Monday to do it all again!
In the meantime, I’ve clocked in a few more runs, a pretty hardcore up tempo 5K run as part of the training plan and a spinning class. I have also survived Week 1 of the new, no dairy, added whey protein eating plan regime designed to help me lose the last four stubborn pounds, and highlight muscle definition. I am already seeing the difference in my arms. Amazing what a difference nutrition makes, but that’s for another post.
And lastly, to round off my seven day running extravaganza, on Sunday, I’m off to finally meet the rest of Team Pretty Fit to rack up some mileage around Victoria Park. All in all a pretty fan-fucking-tastic week indeed!

Spring has not sprung. It’s mid April and we still have the heating on, I am making full use of all my coats and and the electric blanket. Because its freezing. And with it being April, everyone is marathon obsessed, and out pounding pavements all over London. Inspiring stuff bearing in mind the horrendous weather.

Joining in the ‘spring’ spirit, I have also started training, albeit mostly on the treadmill because I have totally wimped out, but training nonetheless. I have signed up to We Own The Night in Victoria Park on May 18th, which will be my first race since the disaster that was the Royal Parks.

Following advice from my physio, I’m combing the running with two spinning sessions a week, and that combined with the eating plan means I have bought myself my first pair of size 8 jeans since I was about sixteen! The bad news is I have to get my wedding ring resized, and my credit card has taken a serious beating.

It’s been hugely satisfying watching all the hard work pay off, eating healthier, getting my form right and as a result, achieving my goal weight. But that does require a new wardrobe full of clothes that actually fit, rather than shirts that bunch up in the wrong places because they’re just a bit too big. That includes new belts, new bras (slightly gutted), new running kit (that doesn’t fall down), and of course, new jeans!

So thought I’d dig out an old snap from my training last year (right)  prior to the eating/coaching plan, and a snap of me a few weeks ago (left). Eighteen pounds down (circa 8kgs) and four to go! That sub 1 hour 10K race in May, could just be doable 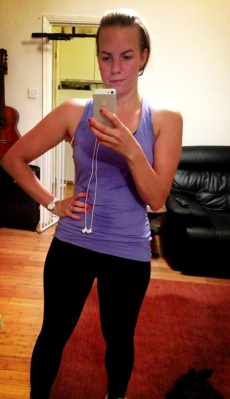 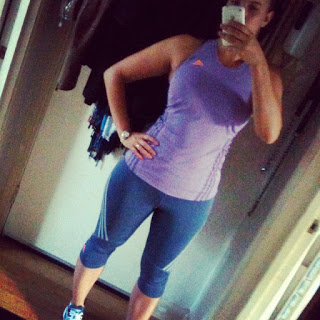